If you have a news story that you feel should be published on our site then please contact us.

If you have a news story that you feel should be published on our site then please contact us.

Find out about our latest events here

Ambitious plans to put Cornwall at the heart of the fast-growing space industry and create thousands of new jobs have been unveiled.

The Cornwall and Isles of Scilly Local Enterprise Partnership (LEP) has published a Space Action Plan outlining how Cornwall can play a leading role in the global space economy.

It sets a goal of achieving 1,000 space technology jobs by 2025, and doubling that by 2030. A further 8,000 jobs could be created in related industries ‘downstream’ using space-derived data to create new products and services.

By harnessing existing assets like Cornwall Airport Newquay, Goonhilly Earth Station, digital connectivity and higher education expertise, the space sector in Cornwall could be worth more than £1 billion by 2030, which is over 10% of the current economy.

The Space Action Plan was unveiled at a conference at the Eden Project today [March 6] in Cornwall attended by more than 100 delegates and featuring a range of industry speakers.

Delegates heard how the UK’s space sector has been growing at a rate of more than 8% a year for the last decade, four times as fast at the rest of the economy.

By 2030, the global space economy is projected to be worth £400 billion annually, and the UK has set a target of securing 10% of this activity through its own Space Growth Action Plan.

Tim Bagshaw, Head of Operations at the LEP, said: “Space has a huge impact on our lives, from communication and entertainment, to navigation and climate science. It will help tackle some of the biggest challenges facing mankind in decades to come, and its applications are growing fast.

“There is a tremendous opportunity to make Cornwall synonymous with the global space economy, whether that’s harnessing space data for the creation of new businesses, or launching hardware and people into orbit.

“We want Cornwall to be a space industry showcase, accelerating the economy through innovation and education, and equipping people with the skills they need to be part of a global success story for the UK.”

Lucy Edge, LEP Board member and Chief Operations Officer, Satellite Applications Catapult, said: “Data from space supports 14% of our GDP, which is £250 billion. Cornwall’s creativity and connectivity means we are perfectly placed to be part of this revolution. We have the opportunity to leapfrog into international leadership in one of the world’s fastest growing sectors.”

Kim Conchie, Chief Executive, Cornwall Chamber of Commerce and Industry, said: “The whole of the business community is right behind this initiative. This sector plays to Cornwall’s strengths so we really hope that we can lead the way. This is a very exciting time to be in Cornwall.”

The Space Action Plan has been drawn up by the LEP in partnership with Goonhilly Earth Station, the South West Satellite Applications Centre of Excellence, Spaceport Cornwall, Invest in Cornwall and Cornwall Development Company. It includes (between now and 2025):

·        A Space Science Hub: this will be a space research, education and training hub focused on space science and innovation. It will address the need for specialist infrastructure, resources and services to support Cornwall’s space ambitions, and build on the success of the existing South West Centre of Excellence for Satellite Applications.

·        High-tech business cluster at Goonhilly Earth Station: building on Goonhilly’s international satellite communications and data centre services to become a centre of space-focused high-tech businesses, supporting 400 jobs. Goonhilly will also be the world’s first commercial deep-space communications station, capable of tracking future missions to the Moon and Mars, thanks to a recently announced investment of £8.4m by the LEP to upgrade one of its antennas on site.

·        Spaceport Cornwall: a proposal to create a UK spaceport at Cornwall Airport Newquay to offer accessible, safe and low-cost horizontal launch facilities for satellite launch operations and human spaceflight from 2020, creating an estimated 480 new jobs and £25 million a year for the local economy. The outcome of a funding bid to the UK Space Agency is expected to be known by the end of March.

·        Creative space applications development: Cornwall aims to be the location of choice for growing commercial ventures, scientific research and early stage technologies applying satellite data. Space already supports many of Cornwall and the UK’s traditional industries such as agriculture, tourism and mining, and newer sectors such as digital, renewable energies and e-health, bringing economic value and improving quality of life.

·        The space factory of the future: Over the next decade, Cornwall has the potential to be the place where creative, innovative, advanced, and clean manufacturing of the 21st century can find a home. This will include small satellite design, build, test and launch – in and from Cornwall.

·        Space Mission Operations: The aim is to offer a capability for end-to-end space mission operations, based at Goonhilly but using a wide range of assets to service all UK spaceports, and missions from low Earth orbit to the Moon and beyond.

The LEP is now seeking feedback on the Space Action Plan before committing to a detailed plan that will be used as a prospectus to attract potential public and private investors. This will include invitations to selected space companies, educational institutions and investors to visit Cornwall.

Comments on the Space Action Plan can be made either by email to enquiries@cioslep.com, or throughwww.cioslep.com/strategy/human-centred-space where a copy of the plan can be viewed. The consultation will be open until 16th March 2018. 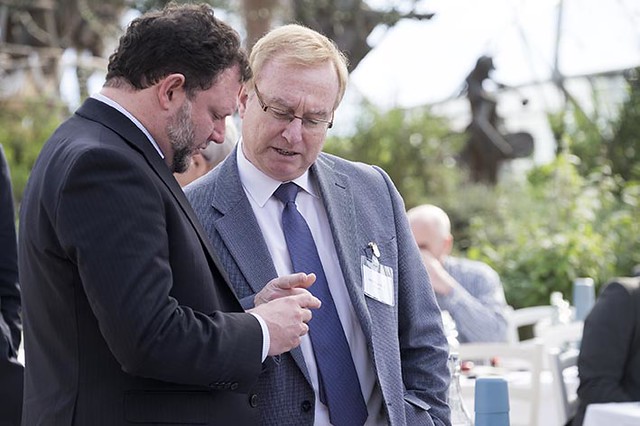 Designed and developed by creativeedge
Menu